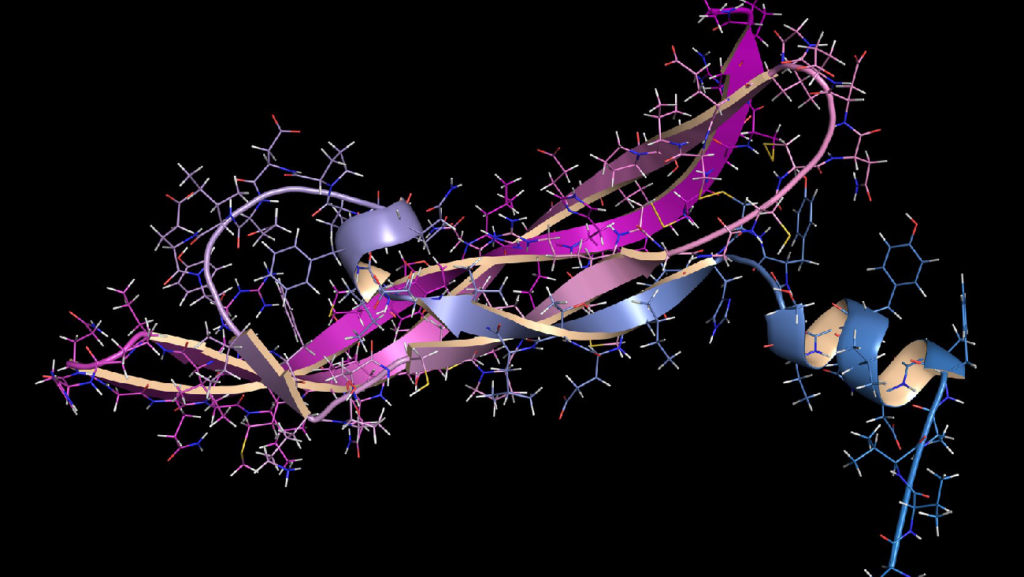 Vascular endothelial growth factor (VEGF) was first isolated and cloned thirty years ago. An important signaling protein which promotes the growth of new blood vessels, VEGF is essential to many normal physiological processes. These include embryonic development, wound healing, hematopoiesis, skeletal growth, and the female reproductive cycle. Over-expression of VEGF is implicated in the pathogenesis of many diseases, most notably cancer, making it a key target for therapeutic intervention. For researchers to better understand VEGF and the various signaling pathways in which it functions, high-quality reagents are vital.

Named to reflect its mitogenic effect on endothelial cells grown in culture, VEGF was discovered in 1989. Within the same year, the authors of the study successfully isolated cDNA clones for bovine VEGF164 and three human VEGF isoforms – VEGF121, VEGF165 and VEGF189. At least five VEGF ligands are now known to exist (VEGF-A through VEGF-E), in addition to placenta growth factor (PlGF) and the snake venom-derived VEGF-F. Of these, VEGF-A is the best-characterized, with sixteen distinct VEGF-A isoforms identified to date. VEGF ligands interact with receptor tyrosine kinases and distinct co-receptors to effect various downstream signaling events.

The three main VEGF receptors are known as VEGFR-1/Flt-1, VEGFR-2/Flk-1, and VEGFR-3/Flt-4, while VEGFR-interacting proteins include neuropilins, proteoglycans, integrins and protein tyrosine phosphatases. Cells targeted by VEGF may proliferate, migrate or alter their gene expression depending on the exact nature of the interaction.

Vascular endothelial growth factor is secreted by many different cell types, including macrophages, platelets, keratinocytes, and renal mesangial cells. It is produced as either a pro-angiogenic or anti-angiogenic protein according to differential regulation by splicing and growth factors. Exerting its downstream effects through receptor binding and subsequent activation of various signaling pathways, VEGF is involved in a wide range of normal physiological processes.

The importance of VEGF to embryonic development was demonstrated shortly after the molecule was discovered, with, for example, knockout mice showing embryonic lethality due to multiple defects in vascular structure formation. Countless studies have been performed to investigate the role of VEGF in wound healing, including recent research to better understand its contribution to the formation of scar tissue. Other areas of VEGF research include investigation of its role in bone repair and skeletal development; its importance to hematopoietic stem cell survival; and the association between VEGF gene polymorphisms and failure to maintain pregnancy following embryo transfer.

Vascular endothelial growth factor signaling has been targeted as a means of tackling many different disease states. Cancer is the most prominent amongst these, with Bevacizumab (marketed as Avastin) representing the first VEGF inhibitor approved for cancer treatment. Many additional therapeutics for oncology indications are currently in the clinical pipeline. Other conditions for which modulation of VEGF signaling is investigated for its potential to offer therapeutic benefit include neurological disorders, macular degeneration, and diabetes.

Cell Sciences offers a comprehensive portfolio of reagents to support VEGF research. These include: 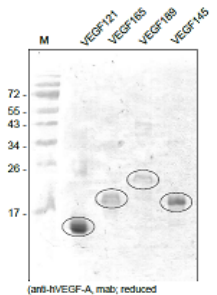 Other popular VEGF products include:

To learn more about any of our VEGF products, contact us today.